25 Years of Sonic: A Look Back at Sonic’s TV & Film History

Sonic the Hedgehog has been around for over a quarter of a century. During that time he has been running around from generation like some kind of madman who has had five bowls of suagr puffs using only red bull as milk.

Making his debut as the launch mascot for the SEGA Genesis/Megadrive way back in 1991, the blurry blue one has always been popular. Even when SEGA stopped producing games consoles in the early noughties Sonic showed no signs of slowing down, he just continued his adventures on the opposition’s platforms. That would be like McDonald’s closing its restaurants, but Ronald the clown still hanging around Burger King to claim the souls and the screams of those who dare question what goes into a chicken fillet.

Sonic is so popular he has appeared in 6 of his very own cartoon shows, double that of a certain chubby flat capped plumber. What with two new games released this year in Sonic Mania and Sonic Forces, plus a new feature-length movie on the cards now might be a fun time to take a look at the spiky rodents television history.

The Adventures of Sonic The Hedgehog (1993)

First up was DiC’s The Adventures of Sonic the Hedgehog. This colourful cartoon was one of those “zany” shows in which drama and action took second place to wacky jokes and eye-hurting animation. The art style was crude, but it suited the style, and it even incorporated the iconic game soundtrack into its intro, as well as elements of Korsakov’s Flight of the Bumble Bee and Grieg’s Hall of the Mountain King, which captured frantic mess feeling of the show perfectly.

In almost a complete flip of his previous incarnation from the same year, Sonic the Hedgehog had a more realistic approach to the character (or as realistic as you can get given the source material was about a woodland creature who can travel at the speed of light). DiC wasted no time in the reboot, and aside from Robotnik and Tails the show didn’t really take any inspiration what so ever from the game series. It was darker and edgier, set in a world where the villainous Robotnik had taken over the land of Mobotropolis, forcing Sonic to band together a gang of freedom fighters to fight the power. A land which has been taken over by an evil red headed fat buffoon tyrant? This is surely the Sonic that today’s world needs!

Starting life as a (very) Japanese two-part special, it was repackaged and redubbed for American audiences as a “feature-length adventure”. Sonic The Movie saw the animated debut of fan favourite character Knuckles The Echidna, who was redesigned to wear a cowboy hat for no reason whatsoever.

This show gave Sonic’s famous sidekick and long-time companion Tails the boot, and replaced him with all new hedgehogs! Sonic now had a sister (Sonia) a brother (Manic) and a Rock Band (the titular Sonic Underground). Each one of the siblings had a magical musical instrument they used to fight Robotnik’s evil robot army. It was as awful as it sounds, and the intro song somehow sounded even worse!

A new Sonic for a new millennium! Sonic X was the first show to feature the Speedster with his all-new look for the Dreamcast era (slightly green eyes). Sonic X was an anime style series, and probably the purest of all Sonic TV shows. All of the main characters were established heroes from the game series, and most of the stories were inspired by the hit games Sonic Adventure and Sonic Adventure 2. A fan favourite, it was the show to spin off the most merchandise, including a comic book, a trading card game and even McDonalds Happy Meal toys.

Finally on the list is Sonic Boom, the first fully computer-generated Sonic TV show. New character redesigns gave Sonic a cheeky neckerchief and stretched Knuckles into the physique of that of an awkward college basketball player. The show is quite bizarre, even for brightly coloured talking animal standards, but it seems to be immensely popular and is still going at this time of writing. 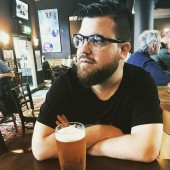